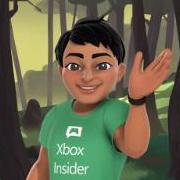 By FltsimFlyboy,
March 31, 2021 in Hardware with Aerosoft CRJ for MSFS

FltsimFlyboy, please do not pay for our products for a while okay? If you want something just drop me a mail at Mathijs.Kok@Aerosoft.com.

Just for info, if all of this looks intimidating to some, go over your fear and give AxisAndOhs a try. It can unleash a whole world of possibilities going far beyond the simulators standard interfac