There is something wrong with the throttle mapping on this plane. 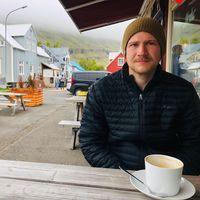 For those having issues with fluctuating N1 and poor throttle response, I am happy to report that this problem appears to have been definitively solved. Apparently the MSFS native throttle axis proces

CYA later!  Have a nice day!

Aerosoft said they had a fix. When will it be released waited now for 4 month. They have my money but I do not have a working aircraft? I believe this will be the last purchase from Aerosoft I am writ