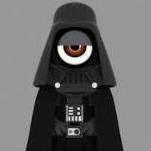 By Belga,
May 9 in Manual Flight. Auto Flight