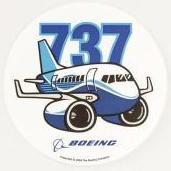 By FlyPrecisely
October 1, 2014 in Professional Flight Planner X (not for sale anymore)

Hello, dear colleagues. For over a year I have been making profiles for Professional Flight Planner X (PFPX). I use precise performance fata from manuals. I am glad to help pilots in improving precis

They are only in general there. Here is what I plan with them (the crossed out aircrafts are already done):

Thank you, Mr. Snow. I understand your idea. Let me explain my position. First of all, I have not only documentation (though loads of it too), but some data more that allows me to do the job. It's th