Jump to content
If you cannot find the message you posted we probably moved it to the correct forum section! × 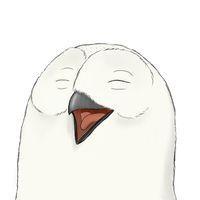 Introducing the FSX Legacy Airlines Pack for the Aerosoft/Digital Aviation CRJ550/700. This pack contains 3 liveries made from the ground-up to replicate the liveries available for Microsoft Flight Simulator X's default Bombardier CRJ700. Clean liveries are the default option as of now, but if one wishes a registration, you could ask.

Liveries included are as follows: Orbit Airlines and Pacifica Airlines for the CRJ700, and the purple Executive Jet livery for the CRJ550, in order to reflect its usage as a corporate jet. The pack also includes an additional White livery for the CRJ700 for the sake of relevance of the original CRJ700 paints, but if this bothers you to some extent I could remove it in the next update.

Installation is simple, simply drag and drop the "FSXAerosoftCRJ" folder in your Community content folder.