By Mathijs Kok,
July 29, 2013 in Previews of Unreleased Products

Maybe they destroyed our national airport and the subway in Brussels, but they are never going to destroy our way of living and thoughts....   It was a very sad day today and I was privilege

Brussels airport the scenario we will never see, three years (since the july 2013) that Aerosoft is rolling us in flour and is busy with this medium airport (Brussels Airport is not a big airport, no 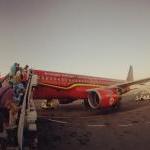 They treath us like sh*t on this forum.  When you post important information or ask a question then they bite your nose.    Clients are important aerosoft!