FYI: No CoPilot in external view, and how to fix 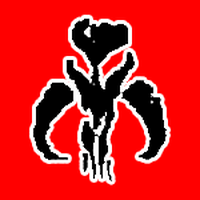 By Mugz
August 16, 2021 in Model, Animations, Sounds and Manuals