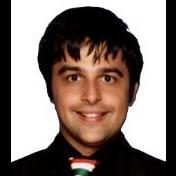 By Andrea P.,
May 28 in Controllers, thrust levers, hardware panels

The issue is fixed on my end. I asked my testers to check it now and then I will send it to Microsoft for adding to the marketplace. Unfortunately, I don't have any influence (other than saying please

what kind of answer is that tom? please be more professional

The update has been confirmed to work correctly by several CRJ beta testers and @Andrea P. . It has now been shipped to Microsoft and now we wait... hopefully they can get this out fast.   I