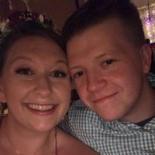 Sorry, but I've had enough of this. As long as the aircraft runs smoothly, the framerate is completely irrelevant. This is not FSX or P3D.   I'm locking this thread now. If anyone has actual

The strange thing about it is that in the 747, FBW A32NX, and the WT CJ4 the frames only lower maybe 5fps or less when I turn everything on. The CRJ seems to maybe triple my drop.

This is also my experience. I expect to lose a few FPS but not almost half.