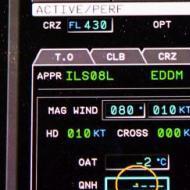 Hi, the update for EDDM should be available throught the aerosoft updater now. A new full version should be alive tomorrow. Thank you for the input. I tried to make some screenshots correspondin

Hi Thorsten, dear SimWings-Team!   Thank you very much for the update, Munich looks much better already!   Regarding Point 1 and 2: Done   Point 3: Done.   Poin

Point Number 18: The Lufthansa Technik Hangar got "Tormanschetten" (Sorry, no idea what that's in English :D) 2 years ago:   Maybe those could be added as well...