Support overload. We are currently seeing 65% more demand for support then we normally see. We can only assume this is because more people are at home due to the corona crises. Our complete support staff is online and they are working flat out, but it will take some days before we can scale up resources. Please be patient. 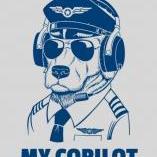 By generale84, February 9 in Systems

This topic is now closed to further replies.
Sign in to follow this
Followers 1
Go To Topic Listing
×
×