Things I've noticed that are missing so far 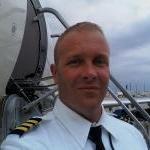 By ReconB4,
August 3, 2017 in General discussion and support