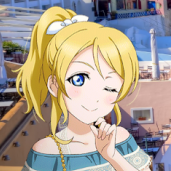 "We've Been Granted a Place in the World.
That alone isn't enough - there wouldn't be any meaning in living, if that was all we had...
It's not Enough just to be made use of by others.
I live by my own strength and I fight to Survive .
That's the only way those of us who actually make it through can find forgiveness."

An Avaition Geek+Otaku Dream's, to have an anime related livery on an Aircraft!

Note: Manual Installation or known as the traditional way