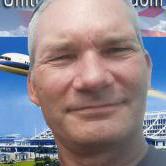 The airline was established in 1965 and started operations on August 23, 1965. It was founded to connect Appleton, Wisconsin with Chicago. In 1985 it merged with Mississippi Valley Airlines and continued to operate under the Air Wisconsin name. In 1990 it acquired Denver-based Aspen Airways and was itself bought by United Airlines a year later. In April of 1995 during the late ski season, Air Wisconsin was operating British Aerospace BAe 146 jet shuttle service as United Express on the former Aspen Airways route between Aspen, CO (ASE) and Denver (DEN) with no less than fourteen (14) daily nonstop flights in each direction.[6] Air Wisconsin pioneered the concept of codesharing as an United Express carrier and had rapidly become the nation's largest regional airline in the 1980s.